The Addiction to Bohemia

Antara had held a drawing competition sometime back for its recovering patients. Most people had drawn what they saw around campus everyday – orchards, the greenhouse, and their friends strolling on a windy morning.

However, one individual’s artwork had caught my eye particularly – he’d deviated from the given theme, and seemed to be furiously scribbling what seemed like a maze onto his A4 sheet. I thought I’d make it a point to later ask him what it signified, but had somehow never gotten around to it.

One lazy afternoon, it was time to visit the Mar Thoma Church Ward – it’s where patients live together and get their de-addiction treatment, which usually goes on for a minimum of fourteen days.

I entered the Ward, and sat down opposite Patricia, another intern who’d come all the way from Delhi University.

She was sitting on a bench and keenly listening to a man’s monologue – he kept shifting from Hindi to Bengali, though, and the confusion on her face was absolutely hilarious. I could see her hands twitching to check Google Translate.

Not all recovering patients are focused, healthy enough, or willing to indulge in long-drawn conversations (especially after lunch), so the in-charge had gone around asking who’d be interested in small talk with a trainee.

In a few minutes, the collapsible gate gave a loud creak, as a man came out and sat down in front of me.

By sheer stroke of luck, it was the man who had drawn the maze.

Serendipity favours the inquisitive, I suppose.

Shurjo (name changed) chuckled at my curious question – he’d been trying to make psychedelic art that day, but there weren’t enough colours or time to express what he’d wanted, so he’d stuck to black. As we talked further, I found him to be a remarkable individual. 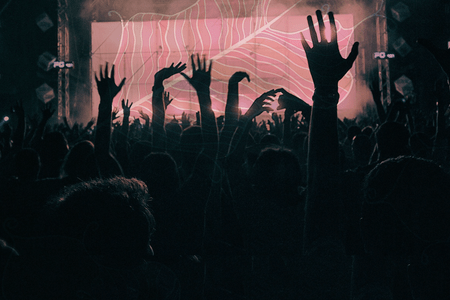 Roxy, Tantra, you name it – he’d bartended at almost all the classic nightclubs of Kolkata in the past. Skilled in violin, guitar, and drums, he’d toured with a lot of different acts countrywide too, living the high life. He felt that bohemia was his addiction, above everything else.

However, that independence had plateaued, when Shurjo got a little too creative with the drug use.

“My parents didn’t have a problem with me being around alcohol all day,” he said, shaking his head, “’cause that was part of my job. But the intravenous heroin…yeah, it was bad.”

It occurred to me, that I’d never actually met a user of hard drugs, especially one who talked about it so easily – I’d lived in the Bengali bubble of suburbia for the past 18 years, after all. In Pune, my crowd hadn’t changed much either.

The nerds we are, we play Wiki Wars instead of partying.

“I started doing drugs because I thought it helped me focus in studies”, said Shurjo, now in his mid-twenties. “I wasn’t a bad student, I never failed in anything. It just felt like my brain worked differently on them – and I can’t blame friends for this. I can’t blame someone else to justify my own actions, right?”

The flow of conversation was surprisingly smooth and honest, and I was grateful. I wouldn’t have known what to do if someone became quiet while going back in time.

As it usually happens with me, the conversation shifted to photography, books, and music, amongst other things. He’d seen me shooting some videos on campus, and had expertly identified my Nikon D5200 in one glance – how is that even possible from five feet away?

“I use a Nikon D3100, and I like to capture human emotions. I also like wildlife, but there isn’t much scope for it in Kolkata. It doesn’t help that the equipment is stupidly expensive.”

While talking about street photography, I brought up Souvid Datta’s ethics scandal. Shurjo seemed unaffected by it, as if it wasn’t surprising to him. He felt that though the city had good photographers, people seemed to be shooting the same stereotype over and over again.

Personally, I could not agree more.

A lot of street photographers can’t seem to look beyond portraying the “old world charm” of Kolkata (or Calcutta, for the stubborn). Taana rickshaws, the banks of the Ganges near Howrah Bridge, and the sun-baked old houses of Jorasanko frequently feature in albums. And who can forget, sharp portraits of elderly men smoking.

Such is the condition, that the children near the Ghats call out to anyone with a camera to take their photograph. Expertly executed dives are commonplace for 12 year olds in the vicinity now.

Shurjo appreciated classics the most, favouring progressive rock music. He reminded me a lot of a friend of mine – they both love Pink Floyd, Led Zeppelin, Dream Theater, and Poets of the Fall.

Nostalgia hit him hard, as he remembered the days when he’d tour with several bands, and we sat quietly for a while before he spoke up again.

Discovering new music will be a never-ending hobby for me, so we exchanged precious information – the names of Korean R&B artists from my end, in exchange for songs from The Allman Brothers Band.

Travel inevitably came up, and Shurjo’s eyes seemed to sparkle.

He spoke of backpacking in Kalimpong and Kurseong with nostalgia, but scrunched his nose up at Darjeeling -“meh, overcrowded!” 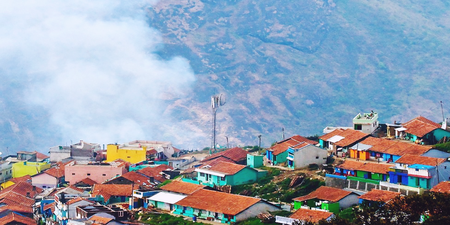 The man was easily cementing his image as a citizen of the world – he spoke five languages, including Nepali and Russian, courtesy of his friends in college.

On a more serious note, though, Shurjo confessed that he’d been clean for a while, but minor slip-ups kept happening. It was what prompted him to sign up for treatment at Antara.

“I knew even while using, that it’s wrong, but the brain just keeps pushing, you know?”

I asked him, whether apprehension for the future was what steered Shurjo to step out of his comfort zone.

“Maybe. I see all my friends settled in different countries – USA, Canada, you name it. My parents keep pushing me to do something that’ll help me settle down within the next three years, too. I wanted to study English Literature at Jadavpur University, but they don’t think its wise. They want me to do a professional course. We’ll see.

Getting clean again is the first step to settling down, though.”

At Antara, Shurjo can be found nose-deep in newspapers and quality literature, earnestly poring over dog-eared pages of Ayn Rand and Devdutt Patnaik.

This blog has been Written by – Ms.Nayanika Mukherjee (SCMC, Pune)
*Disclaimer:- The opinion expressed in the blog is the opinion of the writer & not necessarily the opinion of ANTARA Organization.

Previous LinkANTARANext LinkKohinur Bibi is Repatriated and Reunited with Family!