Kohinur Bibi is Repatriated and Reunited with Family!

Kohinur Bibi (name changed) was found wandering in the Joynagar Town in South 24 Paraganas District. A lady in her early thirties, she was in shabby clothes talking to self and moving around aimlessly.

Some good people in the locality could guess the dangers of a young lady of unsound mind sleeping on verandas of shops unable to even defend herself from impending dangers.

They wanted to help but didn’t know how. They approached the local Police Station. The very helpful Police Officer told them to bring her to the Police station. He arranged for her to be examined by a Medical Officer in the Govt. Hospital and was then produced before the Judicial Magistrate.

With an Order from the Judicial Magistrate she was brought to ANTARA HOSPITAL. After initial procedures, she was admitted to the hospital.

She was talking to self, was in very dirty & unhygienic clothes, confused, not properly eating or sleeping.

She gradually started responding to treatment and there was marked improvement in her physical & mental health.

She said that she is a citizen of Bangladesh and does not remember how, When & where she crossed over to India.

We sent a letter to the address she gave us. But there was no reply.

In the meantime, after completing a year of treatment, occupational therapy and re-socialization, she achieved commendable level of recovery. She wanted to go home and be with her family. But she had no documents to prove that she is a citizen of Bangladesh.

With the help and assistance of ‘SANLAP’ an NGO working for women, we approached the Bangladesh High Commission in Kolkata with her medical records, an Appeal and handed over her address in Bangladesh to the High Commission Officials.

Within a few days, her brother contacted us over phone and spoke to her as well. Hope returned to her litting up her face.

As per recommendation of Bangladesh High Commissioner in Kolkata, the Home Minister of Bangladesh gave the green signal for her repatriation.

In the mean time, Kohinoor Bibi was engaging in Embroidery work and Fashion Jewellery making in the Work Therapy Unit at Antara. She was also earning and saving some money through this work.

With the help of Sanlaap we met the D.I.G and got her Passport & Visa arranged.

Finally, on 31st August 2017, she traveled to the India –Bangladesh Border accompanied by a Woman Constable, an S.I. and Mr. Salil Moyra, Social Worker of Antara. She was received at the Bangladesh side by her brother in the presence of B.N.W Officers. She called and informed us that she has reached her home safely. 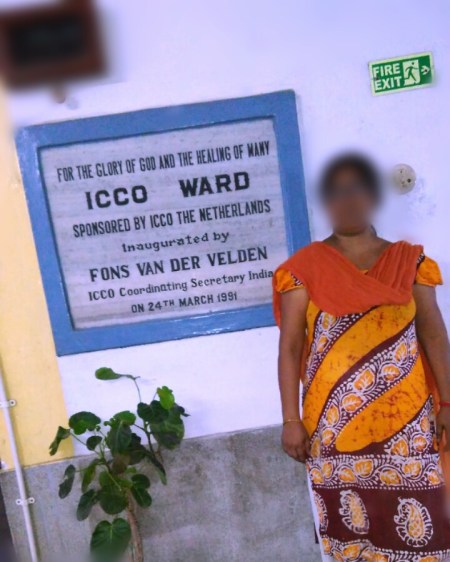